CEO, Rasmus Bak is sharing the latest news and stories from Libertine-Libertine.

Libertine-Libertine is continuing to establish our focus on contemporary tailoring in relaxed silhouettes and high quality, while adding new legs to the brand universe.

Most remarkable is the new logofication of the omnipresent Libertine spirit through a new born character - the “Voleur de Vin” (“Wine Thief”) - who will take the lead aesthetically in our new commercial replenishment concept and entry line under the Libertine-Libertine banner.

The Voleur de Vin concept is our take on contemporary casual/preppy wear with an encapsulation of a high dose of the Libertine-Libertine DNA.

Showcasing the first collection during the summer of 2021 to key partners - and with a first drop coming late September, we expect the Voleur de Vin concept to play a significant role in reaching our growth ambitions. 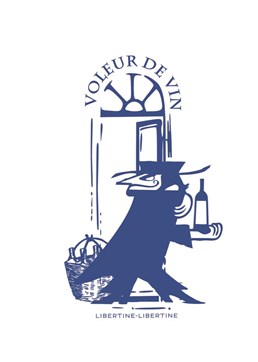 The Voleur de Vin character was born in my mind at Place des Vosges, Paris, inspired by the 60’s & 70’s French art film scene, with a nod to the historical anchor in the port of 16th century Marseille where the workers handling the wine barrels got the nickname "Canto Bruno" because they stole wine through long slim straws and broke out in song after getting drunk. 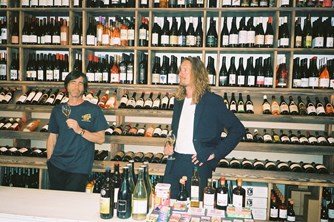 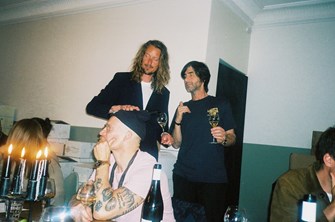 It is our goal to take ownership and create strong preferences of the good life, in every aspect, when meeting the Libertine-Libertine brand; Oysters & lemon, chilled white wine, the grilled pulpo arm or simply the inspiring company at the best table you remember being seated at. Even expanding into meditation, the flavour of coffee and enhancing Champagne - we are determined to embrace all the subjects connected to the Libertine mindset.

In our continuous series of the Libertine-Libertine graphic universe, we developed the artwork for the Lobster Club. This also became the title of our multi-faceted umbrella concept, which serves as Libertine-Libertine’s communicator, dinner concept and foundation of a string of restaurant co-labs which we intend to roll out internationally during the coming years. 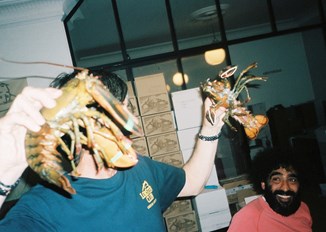 The Lobster Club is about bringing interesting people together, creating mutual and fond memories connected to the spirit of the Libertine universe.

Thursday 3rd of June, the concept and first edition of the Libertine-Libertine Lobster Club was baptized and became a reality at Paris90 Copenhagen, co-hosted by owner Victor Monchamp. 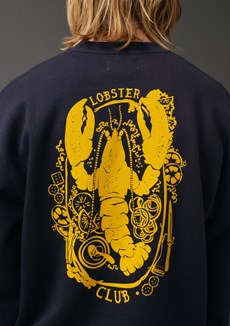 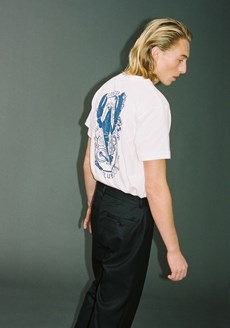 What a fantastic celebration we had at the THORNICO Event 2021! Read on to get a recap of the karma-magical evening, enjoy the pictures and watch our THORNICO Event movie.

Having colleagues who take our Company Karma philosophy to heart, make a difference and take action around the world, is incredibly inspiring. Meet this year's MyKarma Project winner and learn more about his fantastic project.